Wow !!! It was an amazing [DockerCon 2017](http://2017.dockercon.com). After spending few days in Houston I reached to Austin on 17th April to attend the DockerCon.

Wow !!! It was an amazing DockerCon 2017. After spending few days in Houston I reached to Austin on 17th April to attend the DockerCon. As soon I reached I attended Docker Captains roundtable, where we discussed about the Captain’s program and shared our Docker stories.

Just after the roundtable I delivered the Learning Docker workshop based on Play With Docker with Ajeet Raina to DockerCon’s 60+ participants. We received some good feedback of our workshop. 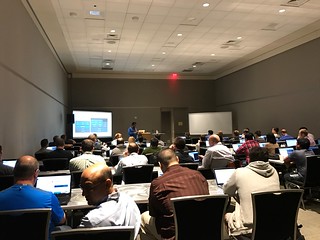 These two announcements shows the Docker’s commitment to the enterprise and the community. While Docker would participate in the upstream community through individual projects, it would also build stable product for the enterprise. Docker for enterprise was the theme of 19th April’s keynote. 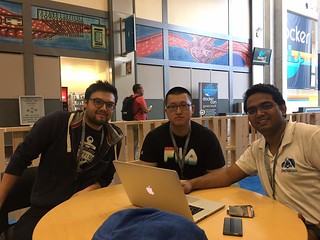 In DockerCon this year, the Docker team organised a program called Moby Mingle, using which anyone could offer short session on any given topic and interested participants can signup for 1×1 discussion. I did two offers, one on Exploring runC, Namespaces & Cgroups and other on Using Docker on CI/CD with Jenkins. I had interacted with 6 participants

Other than attending talks on 18th and 19th I met different people who were on my checklist, visited different booths and so on.

During the closing keynote on 19th Docker shared two cool hacks, which were by the community members. One was Play with Docker, which lets the users create an on-demand Docker environment to try out Docker by Marcos Nils and Jonathan Leibiusky. Other one was FaaS (Function as a Service) by Alex Ellis, which lets the users use serverless functions on Docker Swarm.

On 20th April I attended the first half of the Containerd/Moby summit where different teams shared the updates on project like Containerd, Infrakit, Security, Unikernels etc.

On 21st April we had a captain’s summit in which Docker team did two technical workshops for us. Later Solomon joined us and answered some of questions we had 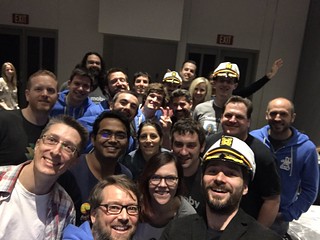 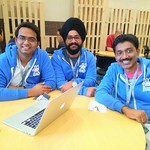 This time all Docker captains from India joined the DockerCon. Other than the conference we hanged around the Austin city together. I had great time Ajeet and Sreenivas.

As last time, this time I had great time and would be looking forward for DockerCon 2018.